Each year, during the ninth Chinese lunar month, devotees from Singapore and the neighbouring countries, from Malaysia to the Riau Islands, flocked to this tiny island, known as Kusu Island. In the fifties, it was a tiny island with waters washing up to the temple. Today, the island is a little bigger and travel to this island is in very comfortable ferries, unlike the sampans and bumboats of yesteryears. 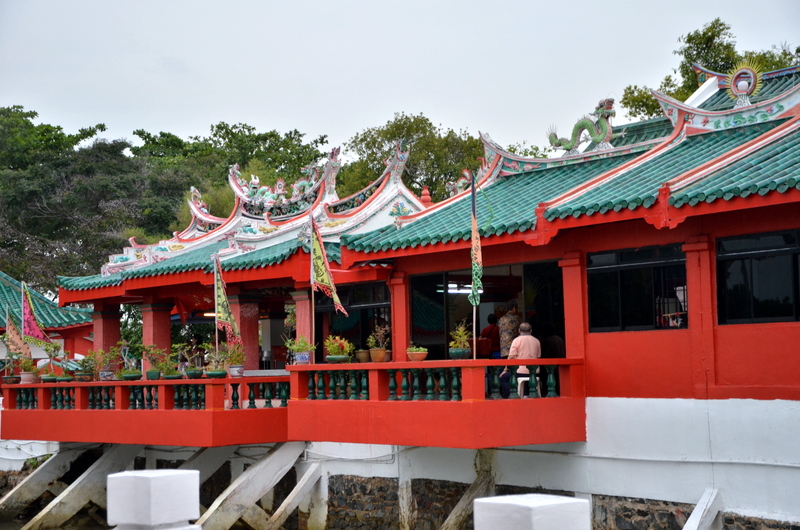 In the past decades, Siong Leng has been visiting Kusu Island in each 9th month of the year. From a small group of members travelling in the small bumboats, the number has grown that include devotees who like nanyin and now, many heritage enthusiasts who want to soak in the atmosphere of what a kampong temple with devotees and music is like.

So, on the evening of 3 Nov 12, which is the 20th of the 9th Lunar month, in two ferries, more than a hundred people went to Kusu Island. As in the past years, the Siong Leng members and supporters/friends joined the group in chanting a Buddhist mantra to Tua Pek Kong and the resident Deities in this Kusu Island Tua Pek Kong temple. 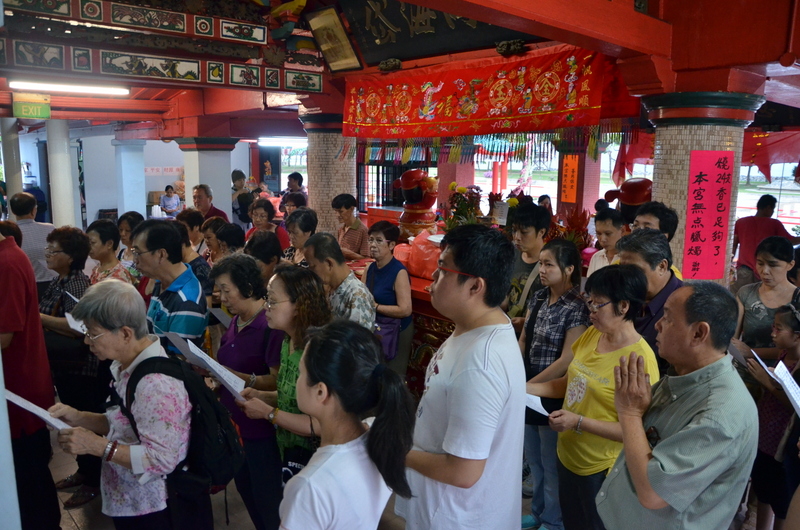 There after, while some went on to the nearby Keramat up the hill to offer their respects, the others settled down to have a simple but delicious packed vegetarian meal of beehoon or rice. Green bean soup, coffee and tea were prepared and offered by the temple. Each find his or her own corner to enjoy dinner while chatting with friends or fellow members of this trip.

For some first timers, it was an opening to a new world, as they explored the temple. 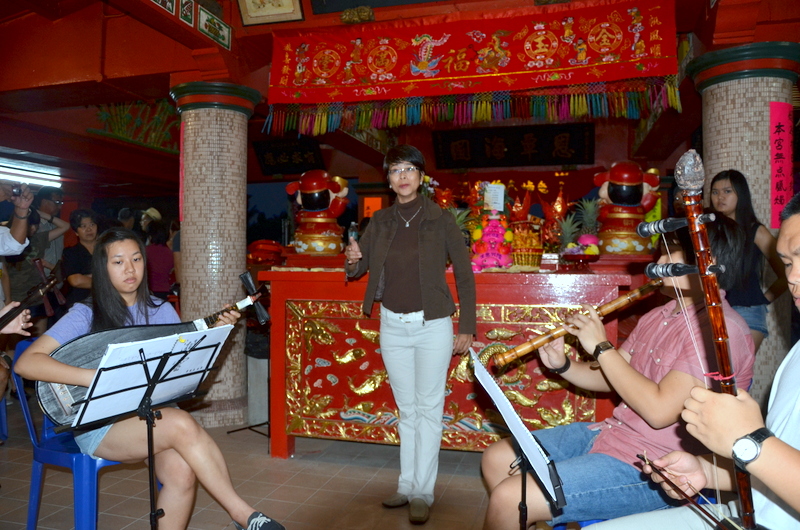 Soon, it was time for the performance dedicated to Tua Pek Kong. Members of Siong Leng took up their instruments and performed. There were music and there were songs. It was a very informal evening where there were no costumes. So, each performer could be in jeans or very casual air. And members of the trip gathered, some sitting on the steps, watching the performance with Tua Pek Kong. Some grabbed any available chair to sit and watch, akin to the old days when people BYO (bring your own) chairs to the operas. Some preferred to sit further away just listening.


All too soon, with the continuous performance for about an hour, it was time to return to the waiting ferries. The devotees paid their respects to Tua Pek Kong one more time, each in his or her own way, and made their way to the ferry.

In the cool evening, under a threatening sky, with a light breeze, the participants bade farewell to Kusu Island. Many will return with Siong Leng the next year, about the same time.
Posted by chinatownboy at 9:17 PM